Is Sugar Daddy Dating Dying Out? 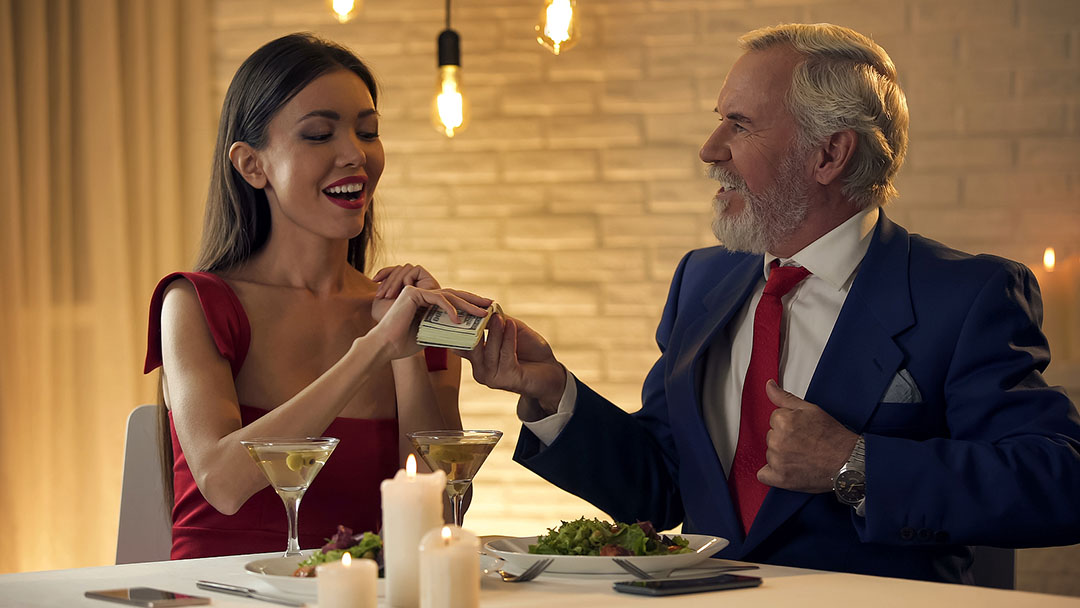 More often, though, they’re driven by social mores, and that’s definitely the case when it comes to so-called sugar daddy dating, in which older men and younger women try to capitalize on the supposed advantages of their societal positions (i.e., older men have more money, younger “sugar baby” women have the looks to attract them and be on the receiving end of their “generosity”).

The entire concept of sugar daddy dating has always come with some shady transactional overtones, but a lot of that shadiness is being eliminated and as it’s driven out into the open. More and more social media platforms and sites are trying to eliminate the phenomenon by including language forbidding “sugar daddy” references, so let’s take a look at how this change is occurring, as well as some of the trends behind it.

The term “sugar daddy” has been around for generations, but older men have been dating younger women–and vice versa, of course–for a lot longer than that. It’s a noticeable trend in many patriarchal societies, and in many countries and cultures it’s been around for centuries.

To some extent, though, it looks to have run its course. If you look at the communication tools that both older men and younger women use to find each other for this kind of dating, they’re either vanishing or changing very quickly.

Let’s look at some evidence. Start with the major social media sites that help determine many of the behavior and informational patterns of our daily life-e.g., Facebook, Instagram, Tik Tok, etc. All three of those now ban accounts that contain any content related to the term “sugar daddy.”

Google is a strong part of this trend as well. Google AdWords no longer accepts ads from sugar daddy sites, and both Google’s app store and Apple’s app store now automatically reject apps that are based the sugar daddy concept.

Finally, consider the sugar daddy sites themselves. They’re changing, too, at least when it comes to their titles and the language they’re using to entice prospective members.

This hasn’t just changed a few outlier sites, either. One of the leading sugar daddy websites, Seeking.com, has now shifted it’s focus from the entire sugar daddy content to “dating up,” which is the new euphemism for younger women seeking to find older men who can “help” them financially as a part of their dating relationship.

So what’s driving all this? Natural changes in demographics and what’s considered acceptable is a big part of what’s happening, of course, but there’s more to it than that.

The @MeToo movement is a driving force in this change. The ongoing parade of legal cases in which older men, white men especially, took advantage of their power and their financial position to take advantage of younger women sexually has changed the nature of the entire sugar daddy relationship.

How? The foundation of @MeToo is to encourage and demand equality in relationships, and the movement has made the balance of power in an older/younger sugar daddy relationships look even more unsavory.

In many instances, older men are even being perceived as “grooming” younger women if they meet when the women are girls or they’re in their early twenties, especially if the age gap between the two principles is over a decade.

The Future: Where do We Go From Here?

Will the sugar daddy concept come back? It’s a fair question to ask, and right now the best answer would seem to be “not any time soon.”

To some extent, this battle is being fought as part of the so-called “culture wars,” but many women don’t care about that. They simply want equality and a level playing field in their relationships, whether they’re professional or personal.

That doesn’t mean younger women and older men won’t continue to find each other. The biological drives that help fuel these relationships also aren’t going away any time soon, nor is the wealth system that often makes them practical or viable. Just as some older women are now more open in their desire to date and partner up with younger men, the age gap phenomenon will continue to be a part of the social fabric of society.

Where it goes from here is anyone’s guess, but it’s a fascinating question. In the meantime, the term “sugar daddy” looks to be gone from our social dating lexicon, perhaps even for good.